Laurie Near - An Inner Quest for Beauty 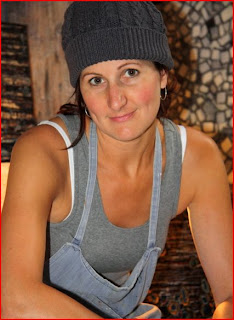 Laurie Near's love of art and life radiates around her. Laurie's journey in art, began in her childhood in Chatham, Ontario, when she discovered her artistic nature. Laurie was the proverbial, 'classroom artist', and her journey through school saw her consistently winning art awards. Like many artists, Laurie wrestled with finding her direction in life and this resulted in her studying Fine Arts, Child Studies, and Social Sciences at the University of Guelph. Her academic journey saw her graduate from Teacher's College with a M.Ed, which led her to her present job of teaching art at the secondary school level, in Belleville, Ontario. Through it all, Laurie engaged in an intense study of art in workshops, and weekend and night classes. Her artistic interests led her from photorealistic graphite drawings of animals to a number of whimsical series including works featuring insects, flowers, cats and quirky characters. This was a period of artistic apprenticeship for Laurie. After being asked to teach a course on world religions, Laurie began her own personal inner journey, with readings on Eastern religions such as Taoism and Buddhism directing the way. Laurie wrestles with the struggle of juggling the responsibilities of her teaching job and life with her desire to create, stating that " there’s nothing like being in the studio with a good mellow music-mix playing, a full glass of wine and a good chunk of uninterrupted time ahead of you…pure bliss."

Like most artists, Laurie finds great pleasure in talking art and associating with creative people. The last few years have seen Laurie's works migrate into galleries and private collections in Canada, the States, and the UK. Her work can be found in GalleryArtPlus, in Belleville and in f.a.d. Gallery in Bloomfield, Ontario.

Please click here to be taken to Laurie's website to see more of her works.
Posted by Fredericks at 12:00 a.m.

Email ThisBlogThis!Share to TwitterShare to FacebookShare to Pinterest
Labels: Laurie Near