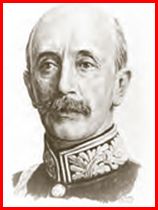 portrait by Irma Councill, Stratford, On.

Sir Albert Henry George Grey, 4th Earl Grey, a veteran of the British House of Commons, was sworn in as the ninth Governor General of Canada in Halifax in 1904. During his tenure, Alberta and Saskatchewan were welcomed into Confederation.


Lord Grey was the first Governor General to visit the then Crown Colony of Newfoundland and invited its people to join Confederation (which they eventually did in 1949). A dedicated promoter of the arts, he established the Grey Competition for Music and Drama, first held in 1907. Two years later, he donated the Grey Cup to the Canadian Football League, a trophy that became a symbol of excellence on the playing field.
After returning to England, Lord Grey died in 1917. (The popular Earl Grey tea was named after the 2nd Earl Grey, not the Governor General.) Lady Grey died in 1911.