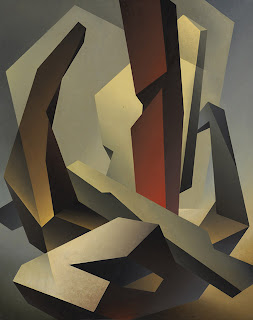 It not uncommon for like minded artists to group together and draw support from one another on their artistic journey's. While the Group of Seven was advancing its style from its Toronto base, Montreal also had its Beaver Hall Group.

For that matter, Lawren Harris and AY Jackson were cross over artists, who migrated from Montreal to Toronto. The online Cybermuse site, reports that AY Jackson continued to maintain Montreal links after moving to Ontario, through ongoing letters and communication.

The Montreal group were originally students of William Brymner. It was a non structured association of artists who shared studio space in Beaver Hall Square.
It was formed in 1920 and while it had a lifespan of a year and a half its members maintained their relationships through the next two decades.

Its important to clear up any confusion which may arise about Lawren Harris. Lawren P. Harris, is the son of the noteable Group of Seven artist, Lawren S. Harris.

Click here and you will be taken to the Cybermuse reference for this entry.

Don't miss the click on related images tab. It will open for you a page of some of the surprising works of the Beaver Hall group. Click here.
Posted by Fredericks at 12:00 a.m.